The History of the Villa Il Borghetto

Il Borghetto is a historic Tuscan residence that over the years has been able to transform itself without ever losing its true nature, its soul forever linked to the land that surrounds it, to the scents and colors of the Tuscan countryside, and to the good wine that has always been produced here. Despite the fact that its origins are well rooted in the rural Tuscan landscape, the Villa has never given up that seductive elegance that belongs to it.

A noble country residence that has passed throughout the centuries to different owners, even going through years of neglect in which the brambles and plants covered it up entirely, as if to hide it from prying eyes, preserving it for years as in a casket.

This is how we remember this Villa from we were children, growing with the dream of bringing it back to its original splendor. After years of hard work we’ve reached out greatest dream of success and, thanks to a fine restoration, we’ve brought the soul of the Villa to light, blending the classic Tuscan style with a more rural nature of aesthetics to make a perfect Country Chic!

The History of Villa "Il Borghetto" in San Gimignano

The history of "Il Borghetto" plays a part to the history of the Villa of Pietrafitta of which it was a section. From historical research we know that initially it belonged to the Cattani family who were a noble feudal family of Tuscany at the beginning of 1300.

In 1410 the Villa of Pietrafitta, together with "Il Borghetto", were purchased by the noble Florentine family of the Acciaiuoli, and they retained ownership until their decay. Then, in 1598, "Il Borghetto" became property of the Archbishop of Pisa Carlo Antonio Dal Pozzo.

In 1806 "Il Borghetto" was purchased by the Dr. Antonio Moggi of San Gimignano who was at the time Chief at the Chamber of the Grand Duke of Tuscany in Tunisi.

In 1867 Maria Victoria Dal Pozzo Della Cisterna, , who was an heiress of the Archbishop, married Amedeo di Savoia Duke of Aosta, son of the king Vittorio Emanuele II, therefore Pietrafitta became the Villa of Her Royal Highness Duchess of Aosta.

In the recent age, the heirs of Dr. Moggi sell "Il Borghetto" to the Savoia dynasty and they remained owners of Pietrafitta and its farms until 1946.

In this year it became property of the Countess Alba Balbi Valier, who was famous for having introduced the D.O.C. for the Vernaccia wine of San Gimignano and the Chianti Colli Senesi in 1966.

In recent years, the owners were the Cameli family, oil tanker entrepreneurs from Genova, and finally the Agricultural Society Pietrafitta that in 1999 sold "Il Borghetto" to the Bimbi Family who are the present owners. 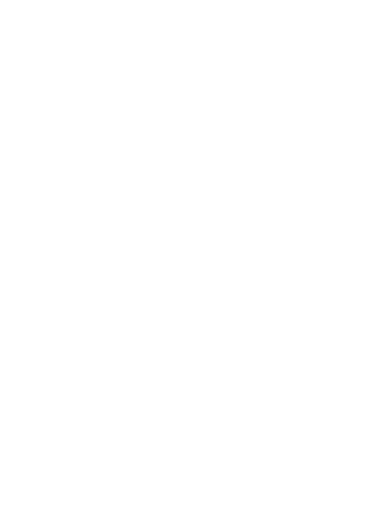 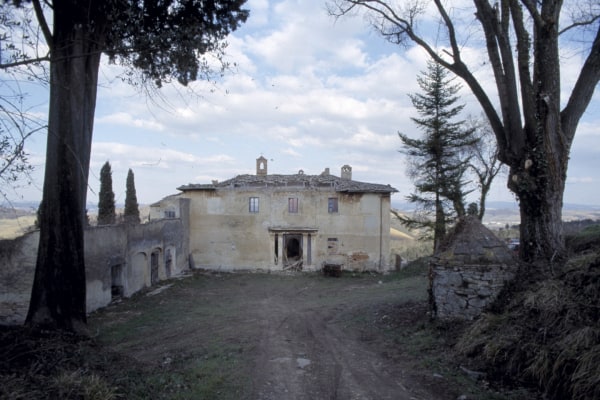 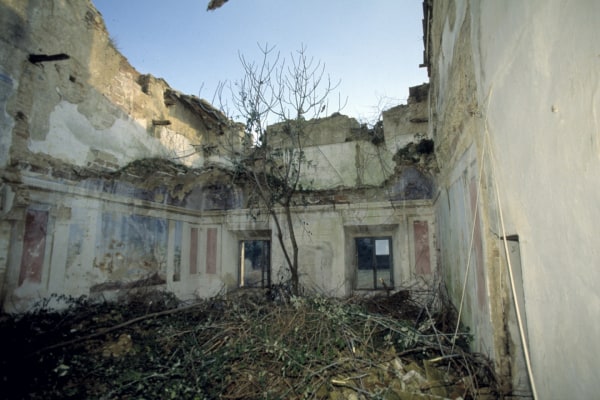 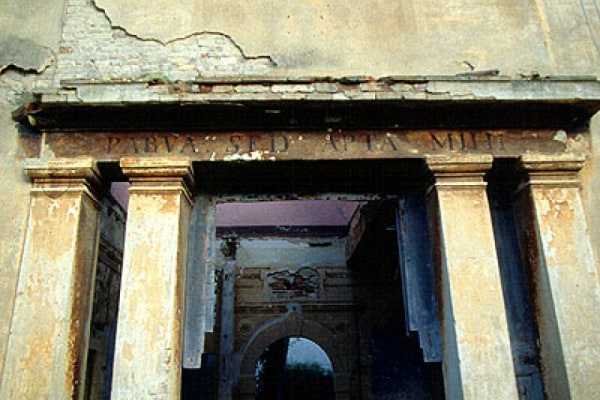 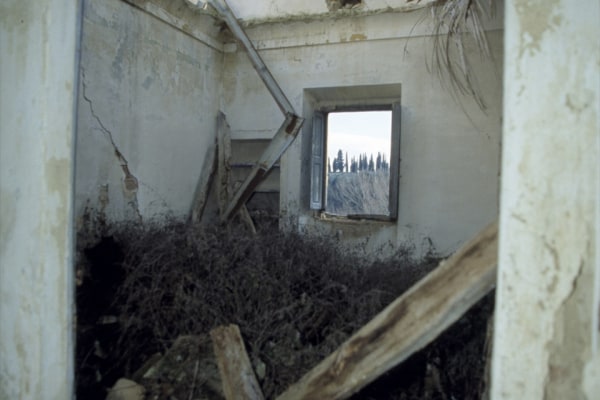 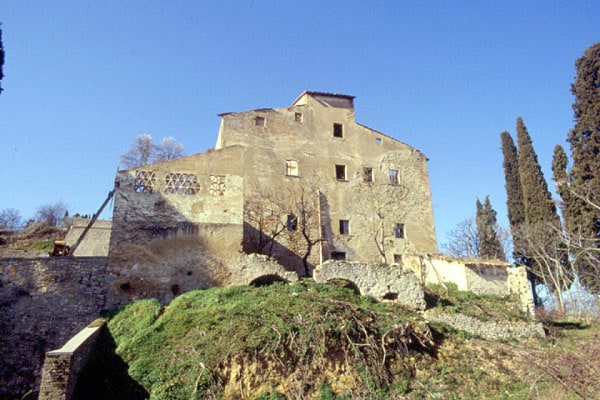 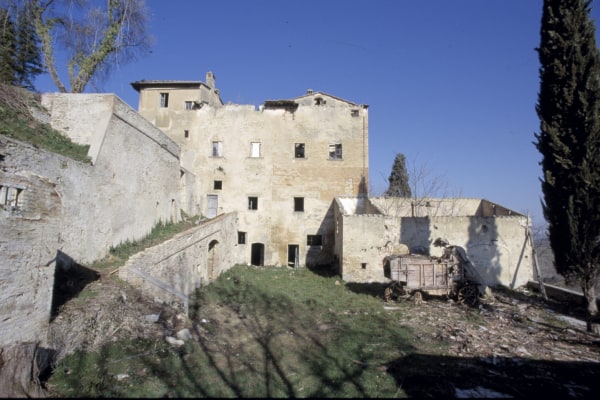 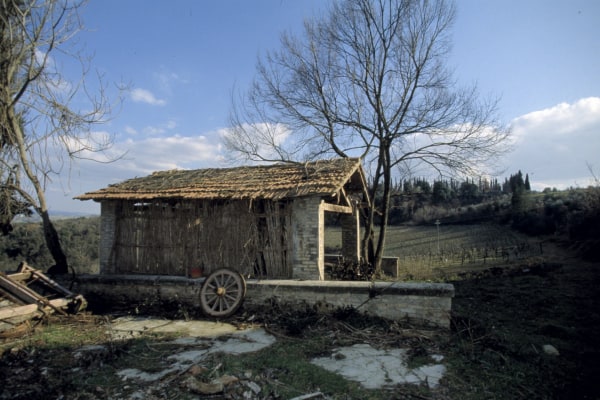 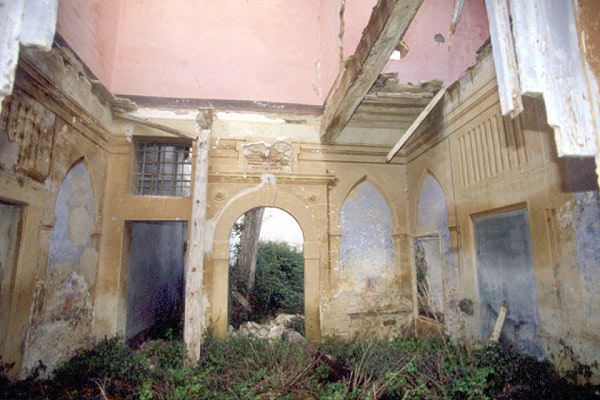 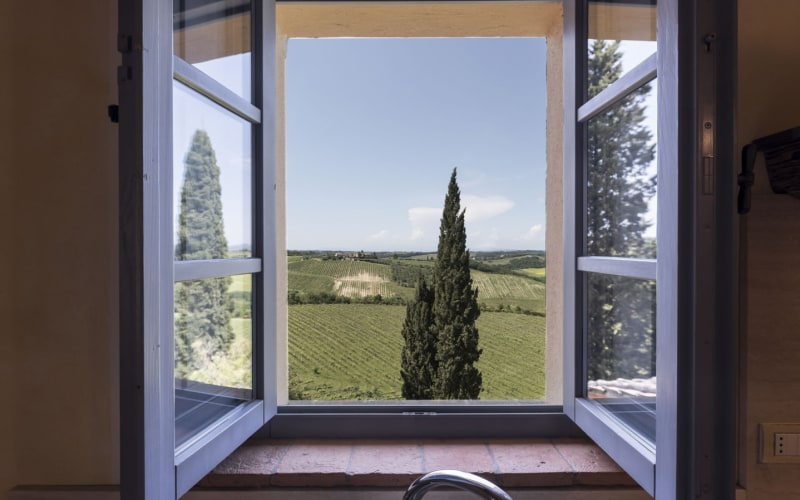 Spacious and romantic rooms are the ideal solution for a trip as a couple. 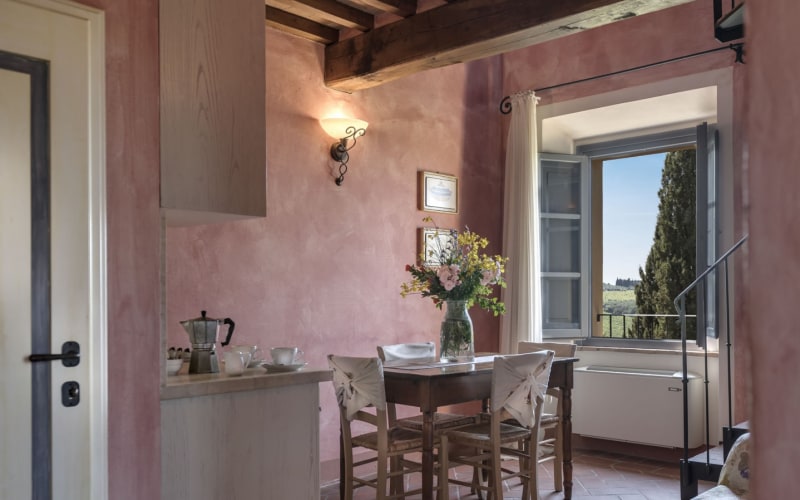 Functional for a stay with family or friends. 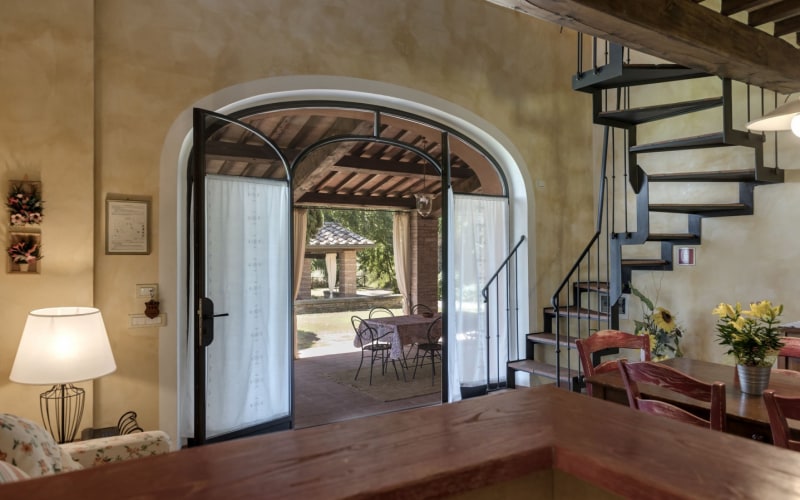 Spacious and full of charm, these rooms are equipped with furnishings from the early 1900s, ideal for a stay for couples or families. Some apartments have private outdoor spaces. 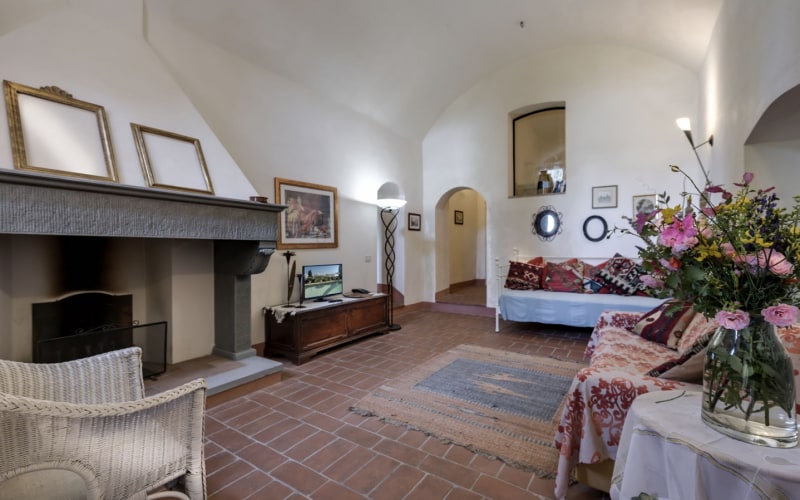 Large apartments with a Tuscan flavor, with private entrance and private outdoor spaces. Perfect for a stay for couples or family. 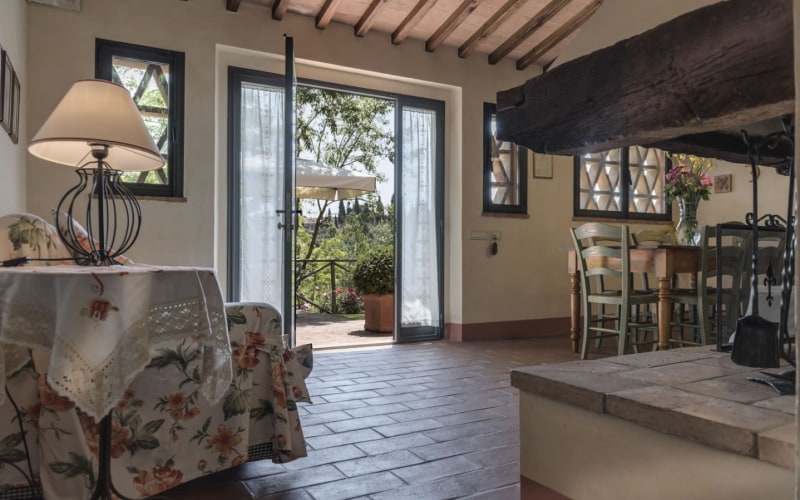 Spacious independent apartment located next to the Villa and featuring a private garden. 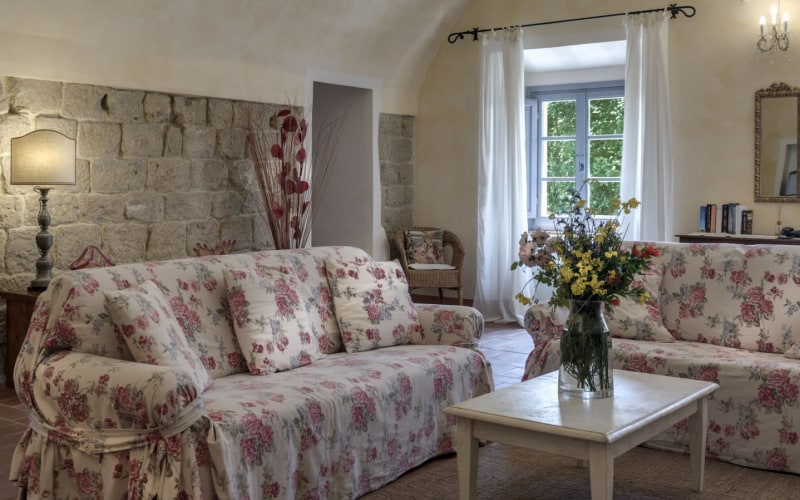 Elegant and spacious, this comes with a large kitchen and a lovely terrace overlooking the Tuscan countryside.